We drove to the Safari Park today. We had tickets for the afternoon cheetah run and wanted to see the other animals there too. We both had been there many years before. Our first activity was to take the Africa Tram around the 100 acre open area. We took a few photos there. 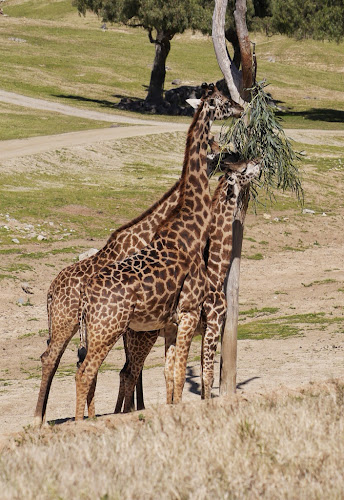 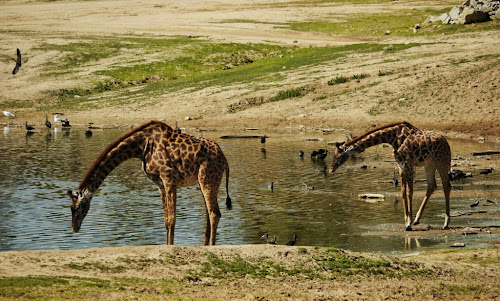 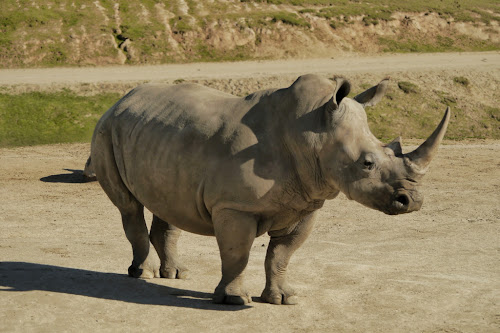 On our way to the cheetah run we took some time to check out the resident pride of lions, one large male and two females. 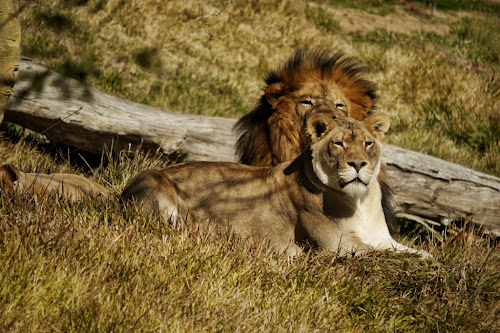 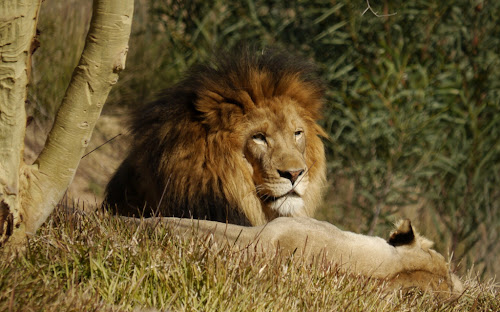 The Cheetah Safari consisted of some personal time with a beautiful African bird called a Caracal followed by the cheetah's run and then personal time with the cheetah and his buddy a big white dog. The dog took the first run, very much slower than the cheetah. Then the cheetah ran. Like the wind. We were lucky because he ran twice. Afterwards his trainer brought him and the dog in for a personal visit. What a beautiful animal. We were both so delighted to see him. Perfect present to ourselves for our 23rd wedding anniversary. 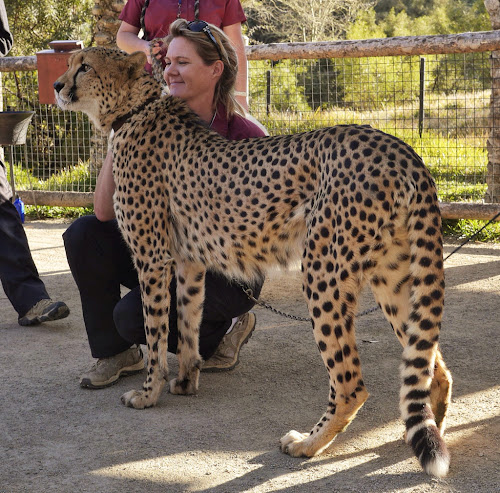 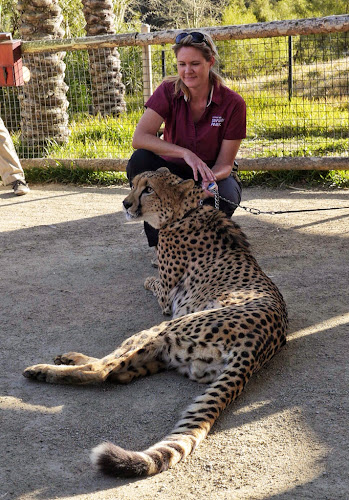 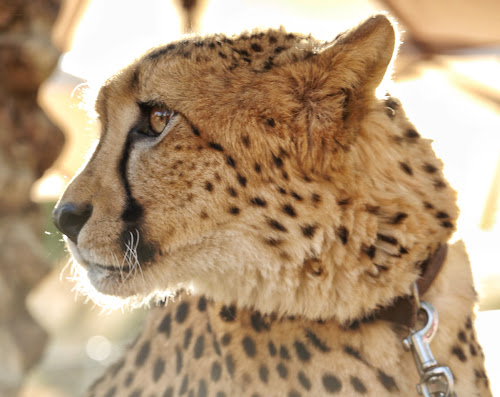 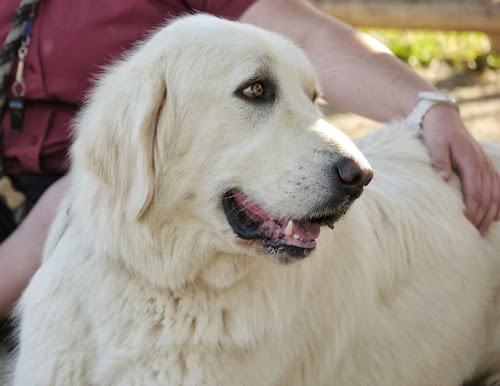 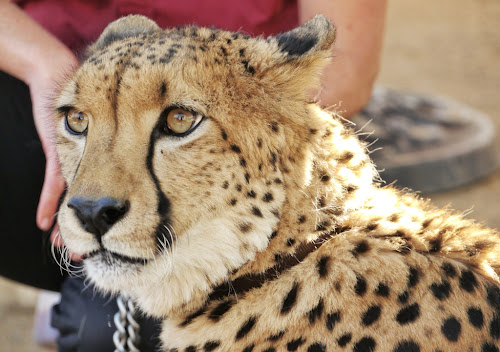 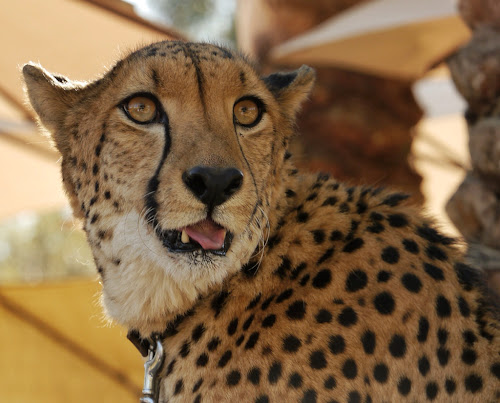 Email ThisBlogThis!Share to TwitterShare to FacebookShare to Pinterest
Categories: Trip to San Diego