May 28: Home and Leeuwarden 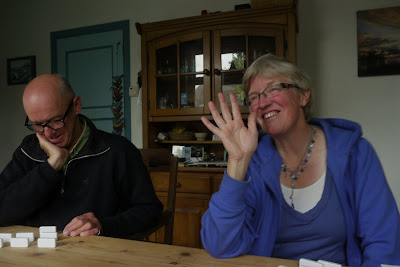 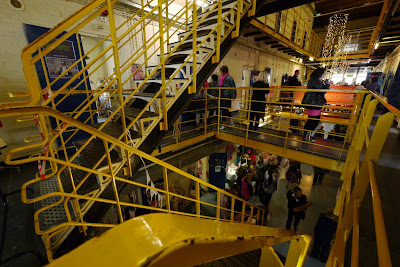 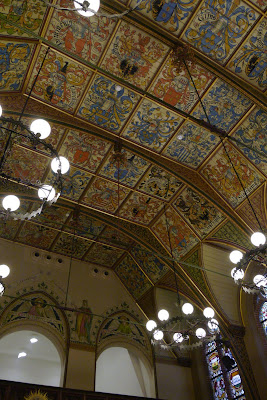 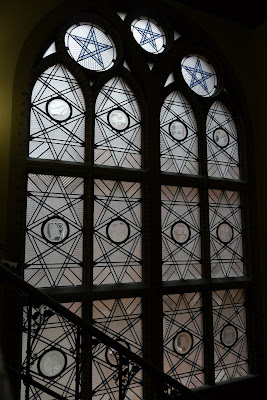 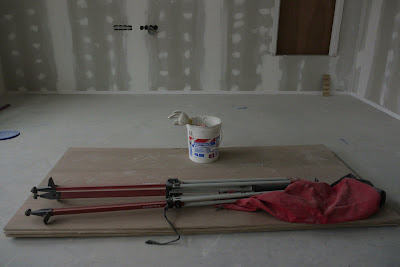 We spent the morning at home relaxing. We continued the game of Mexican Train that we had started the night before with Ian and Jerien. At the end Arvin and I tied as winners. We packed a lunch and headed to Leeuwarden to go to a crafts show held in the old prison. Each vendor had a cell from which they sold their crafts. We had a lovely talk with a young woman who has a buisiness taking old US T Shirts and remaking them into recycled clothing. Quite fun. I took a photo of the yellow stairs between the two floors of vendors.

On the way out we stopped at an exhibit of photographs by four Friesland photographers who specialize in the inland sea. Wonderful work. Then we visited the prison museum where we met Stefan Kraan who had been imprisoned there in the 1970s for refusing to join the army. He was quite famous for this at the time and there was an exhibit about his protest.

Next we went to an open house of the Provincial Government Building. They have restored the wonderful old hall where the representatives meet. Built around it and another old building is a new building. We walked all over inside of it. It is huge. The last picture here is what we saw of the parts that were not complete yet. We had a long talk with one of the builders. The new building will be heated completely by heat brought up from the earth beneath, compressed to increase the temperature and piped through all the floors. Very green and an interesting way to reuse energy. We walked back to the camper in pouring rain. It was a wet end to a great day.