Arvin, Helena, Steve and Ann headed south to Snohomish so Arvin could take a balloon ride. The chase car drove the balloon, riders and tag alongs out to a field where everybody helped set up and inflate the balloon. It was the larger of the two balloons flying and was named "Olympic." 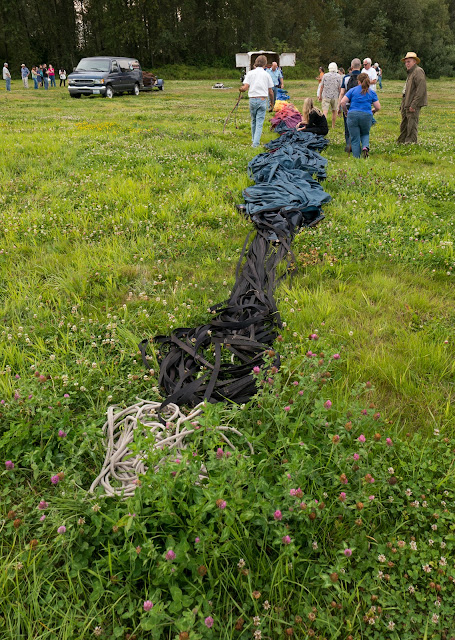 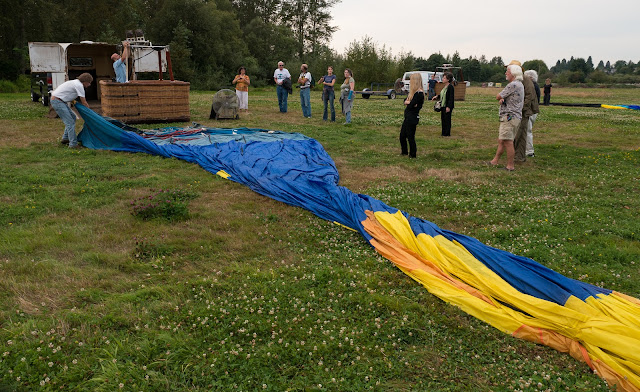 The captain of the balloon gave an introductory speech explaining all of the ins and outs of riding a balloon. Here is Arvin, and next to him our friend Barbara, listening to the captain. Barbara was the one who hatched the ballooning idea. 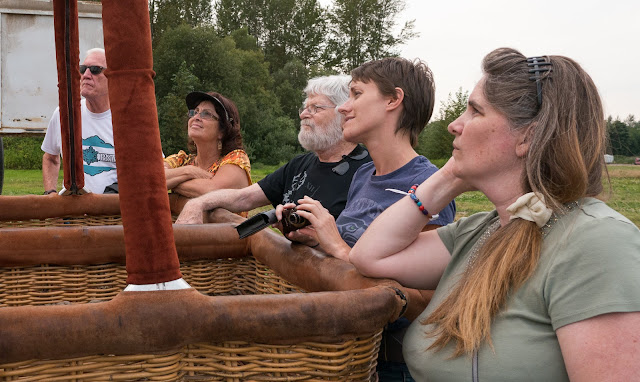 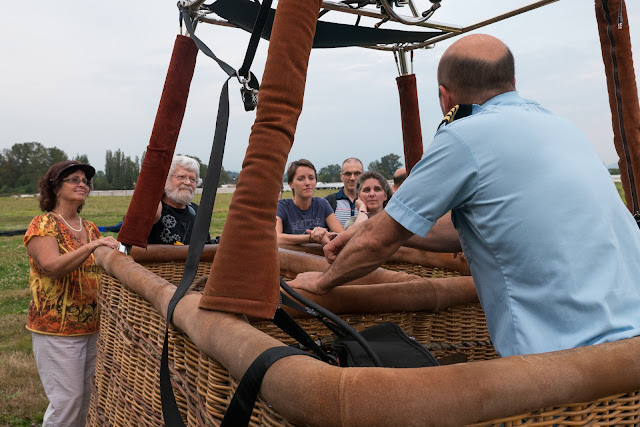 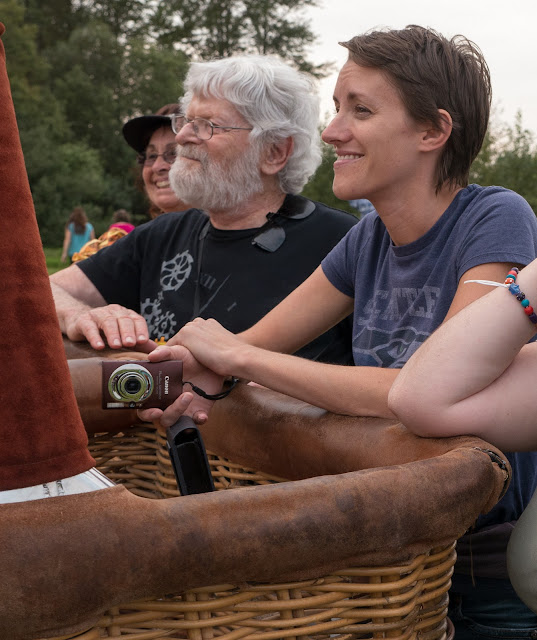 Everybody helped to hook the balloon to the basket and begin inflating the balloon. You can see the large fan that they used to start the inflation process. 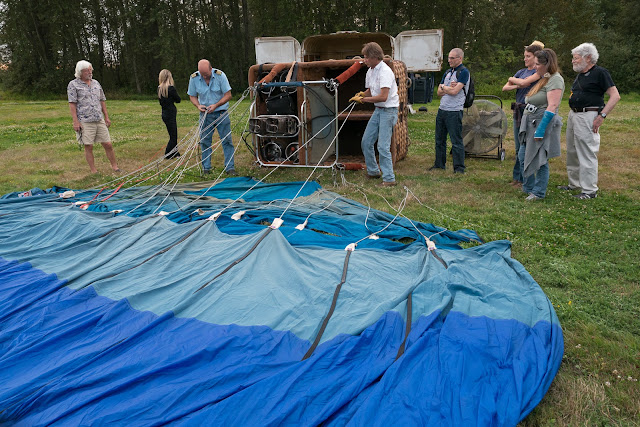 As soon as the fan built up enough pressure in the balloon, the captain ignited the flame thrower to build up the hot air inside. 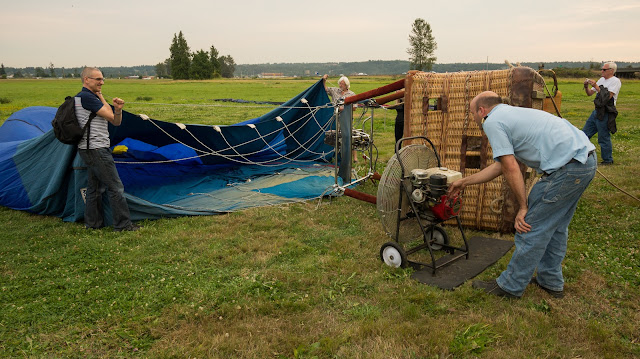 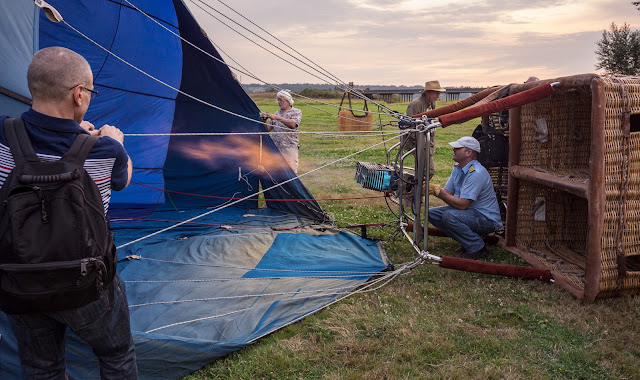 Ann took this opportunity to photograph the inside of the balloon as it inflated. 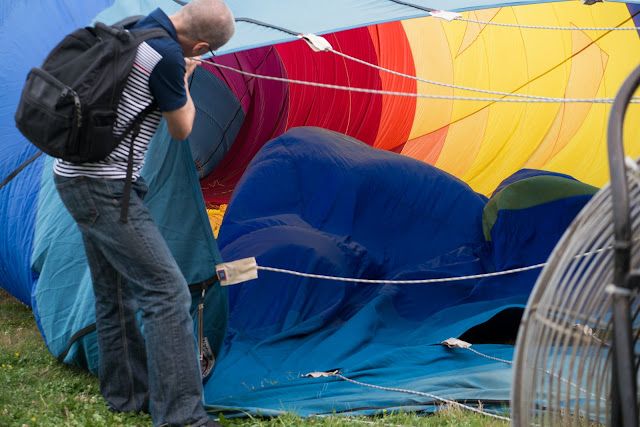 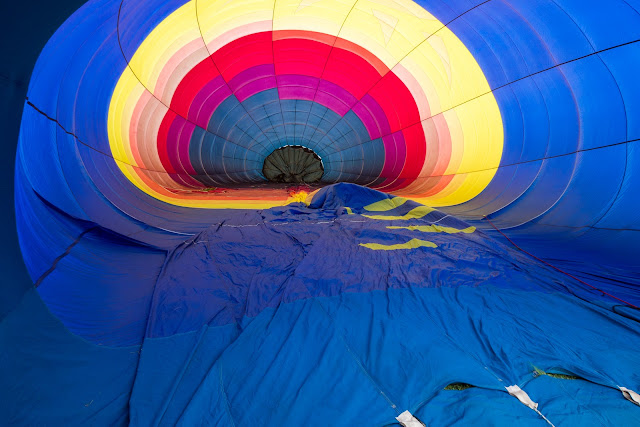 The captain walked along the side and up under the balloon to do some more preparations for flight. 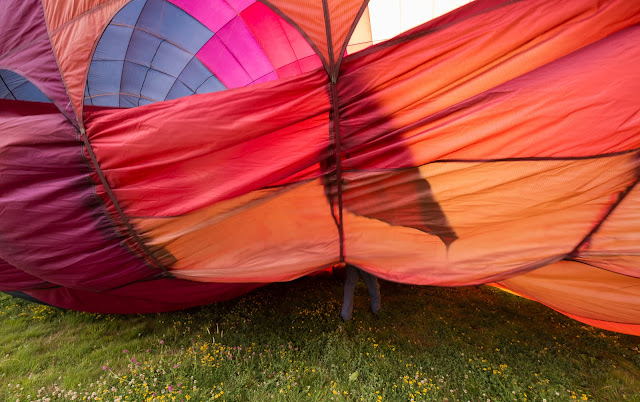 At the top of the balloon crew members attached the top piece and helped keep the balloon oriented correctly as in inflated. 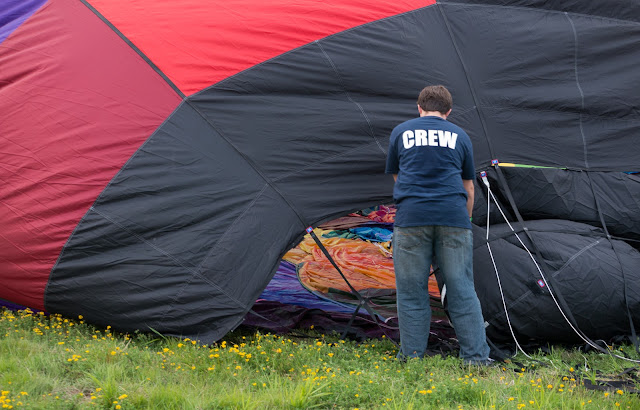 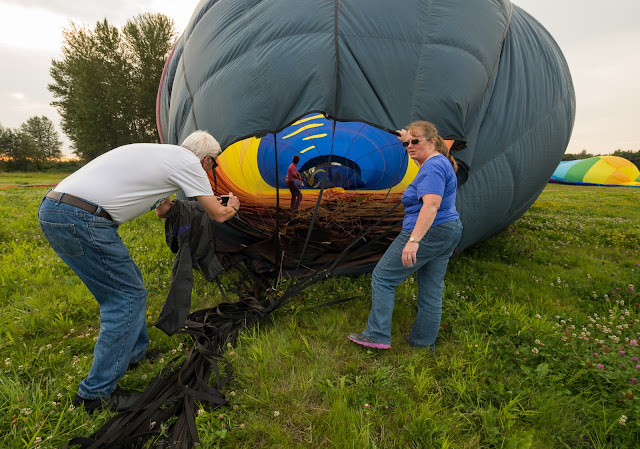 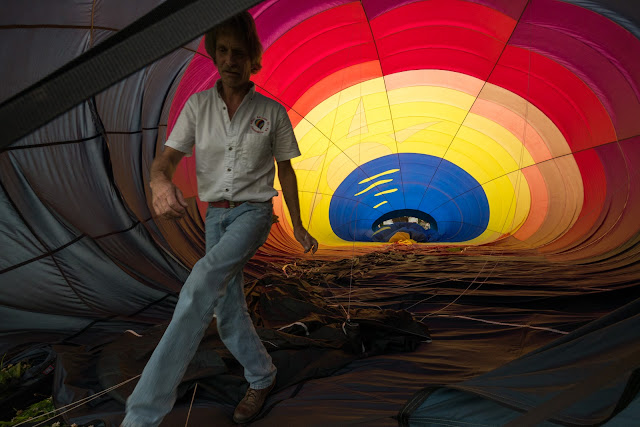 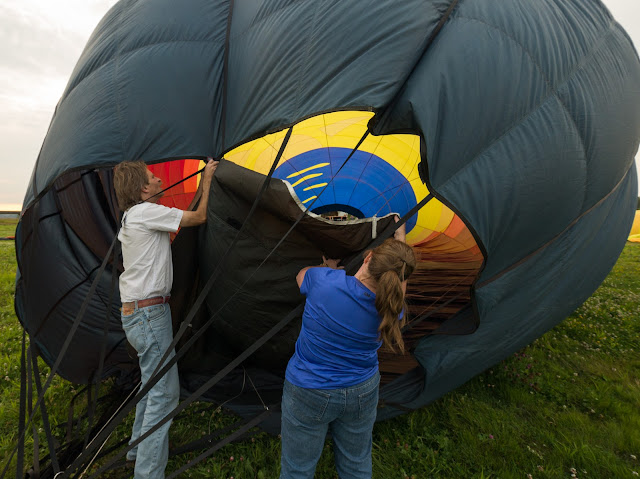 Here is the second balloon going through the same process. 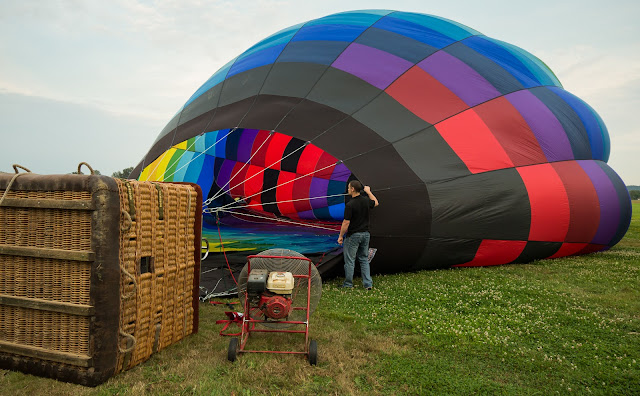 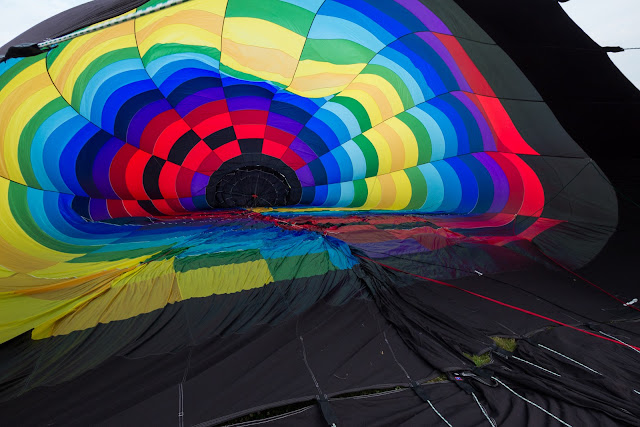 Arvin took a moment to pose in front of the second balloon before taking off. 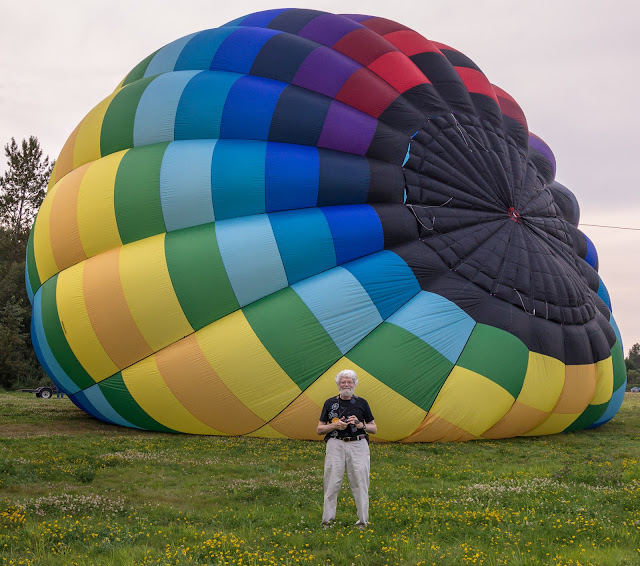 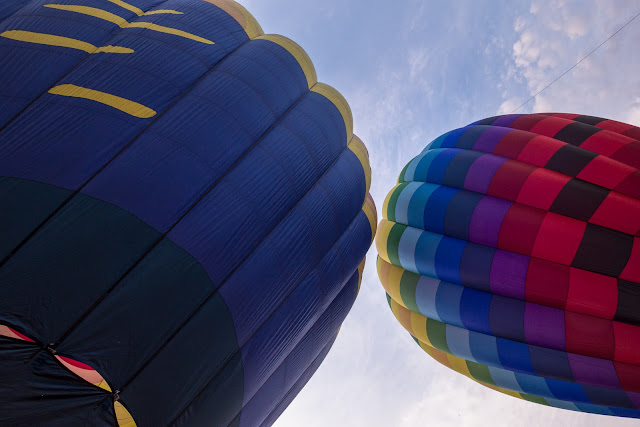 Time to take off. The captain and the chase driver worked together to get the balloon aloft. The flame thrower was very loud. 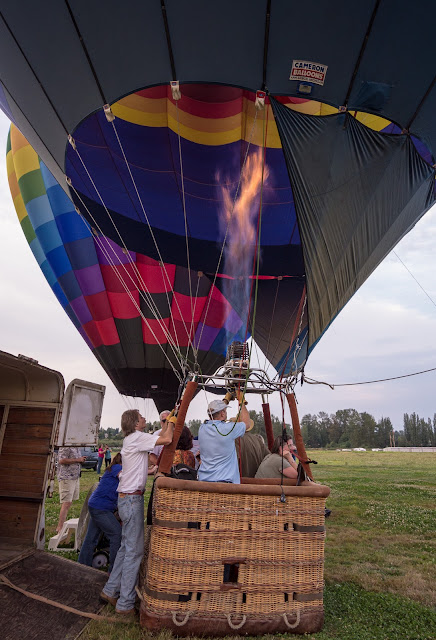 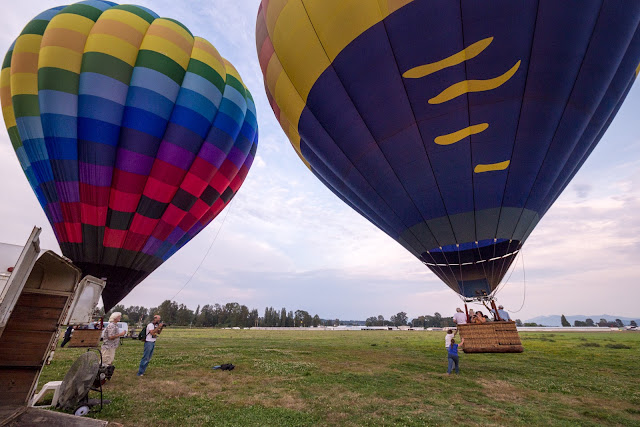 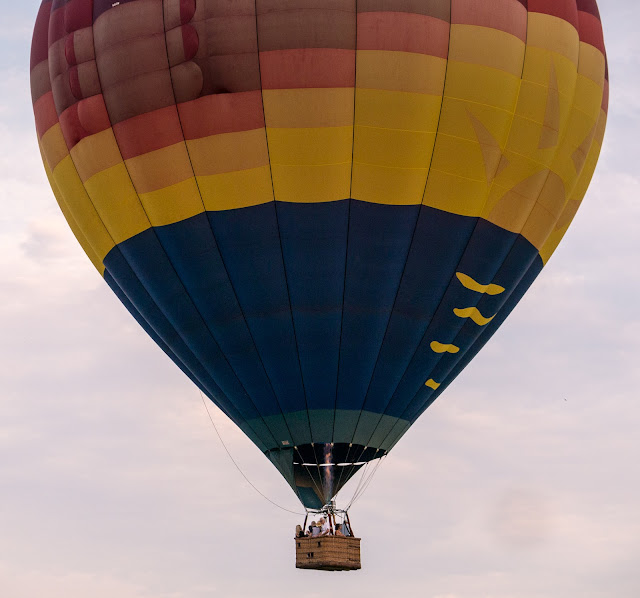 The second balloon took off after Olympic. Both were beautiful as they floated. 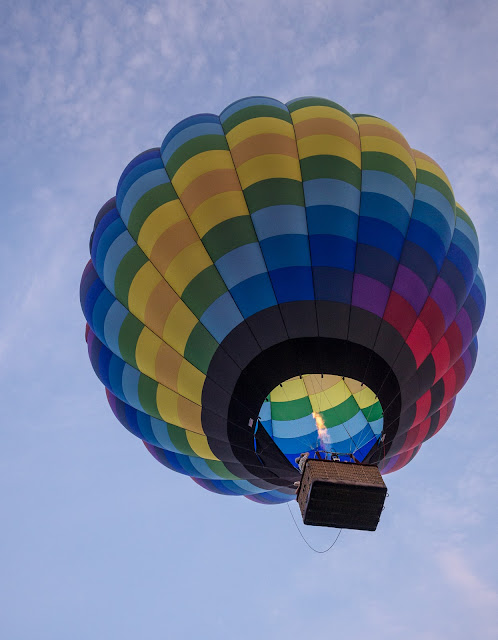 Ann, Helena and Steve, along with Barbara's husband stayed with the chase car. We could all see the balloons in the distance. 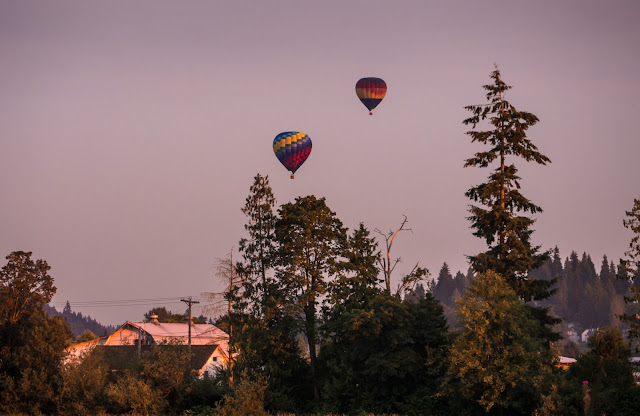 The evening came to a close with an amazing sunset and the two balloons heading towards a field where they landed. By the time they landed it was dark. They used their flame throwers to slow their decent. Both landed gently. 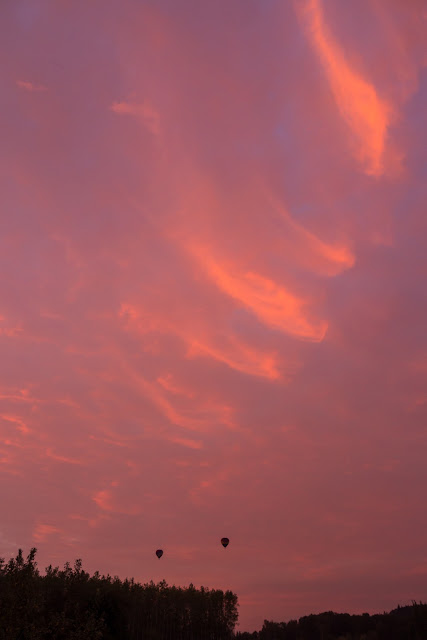 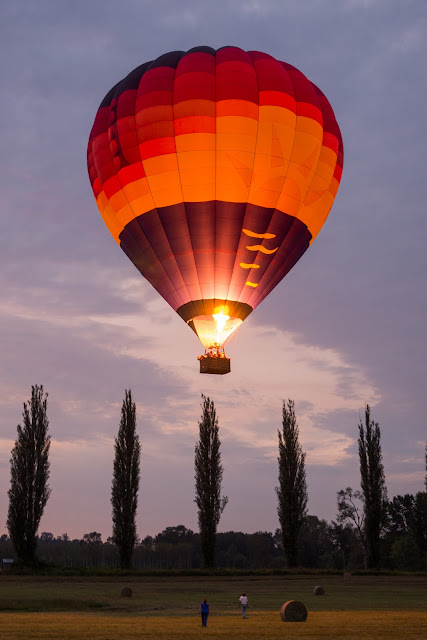 Email ThisBlogThis!Share to TwitterShare to FacebookShare to Pinterest
Categories: Family