Through Zion to Bryce Canyon

We took off at 8:00 am and headed out from Las Vegas. Just outside of town, "Bam! Flap Flap Flap." Oh oh. We got out and checked and sure enough one of our tires was flat. Wires were sticking out. Dave and Steve replaced the tire with the spare. It was low on air so we found a place where we could pump up the spare and then headed on for a larger town on our route to Zion and Bryce Canyon. 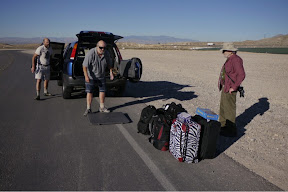 We found a Discount Tire shop and left the car for an hour to get a new tire. It was lunch time so we went to Red Robin for lunch and then headed off again through some totally amazing country. Our route took up across the southern tip of Zion National Park. As we climbed up through the park we passed through a small tunnel and later entered a large one. I noticed a young fellow photographing the new red rock road and yellow lines up close in front of the tunnel. Looked like a good idea to me. 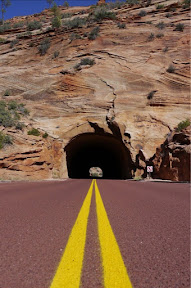 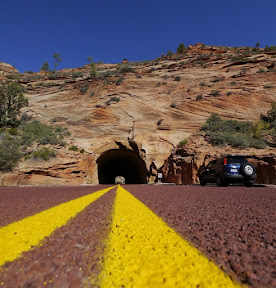 We continued on through the park and saw some amazing rock formations. It is a truly magical place. We did short photo breaks and continued on our way. Some of the rocks looked like waves cast in stone. We met a father and three boys who capered up and down the waves. 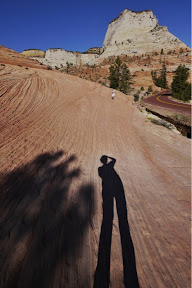 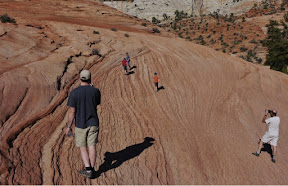 As we approached Bryce Canyon we began to see outcroppings of bright orange stone and hoodoos. 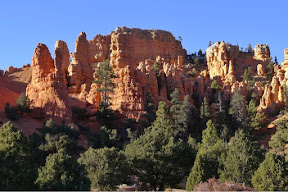 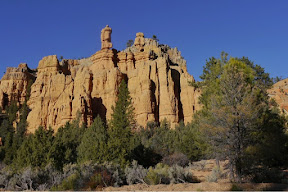 We called our hotel to let them know we were coming and headed into Bryce Canyon to catch the sunset. We all walked along the rim and photographed the contrasty scene of bright lit and shadowed areas. After the sun set the sky lit up with a glow and we got some of the most beautiful shots of the canyon. 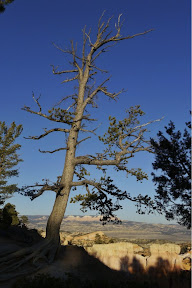 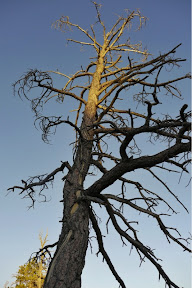 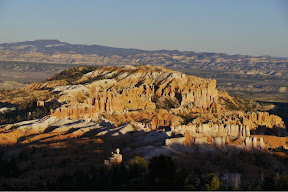 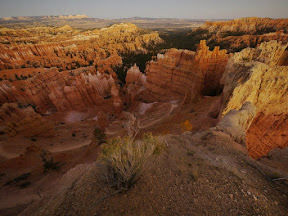 Finally it was time to go to Ruby's Inn and settle into our rooms. We spent a little time in the store and then had dinner in the hotel restaurant. After a rousing game of dominoes - we had to quit before we finished all the rounds because we were all so tired - we headed off to bed. Dave is the current dominoes champion. Tonight, revenge. ;-)