May 26: Trip to Texel Island 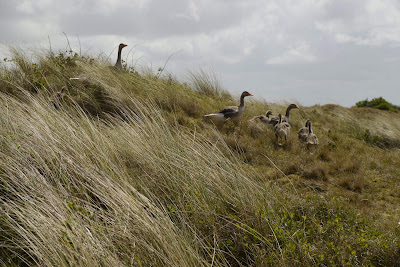 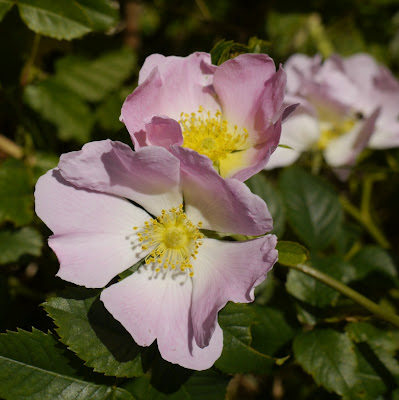 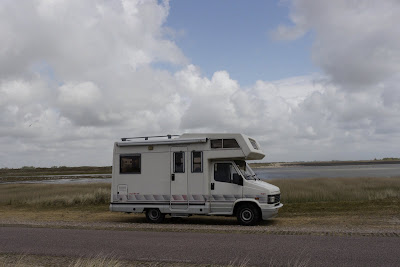 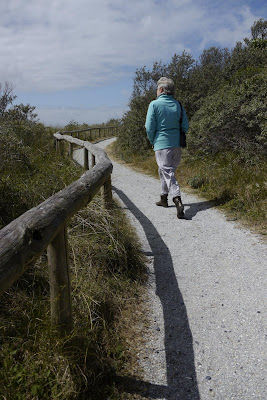 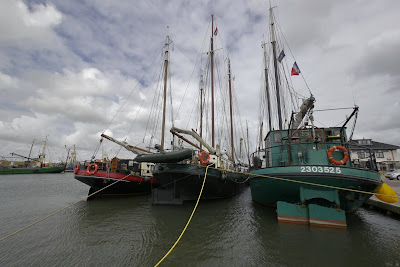 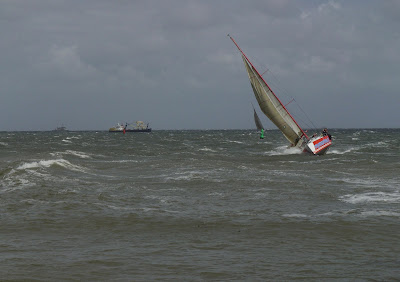 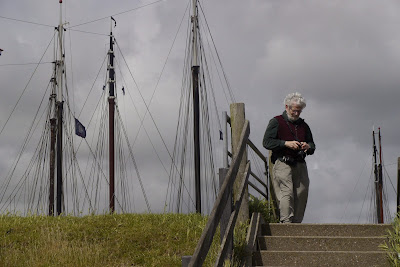 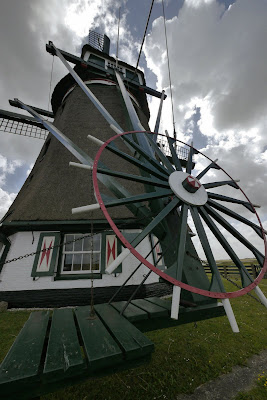 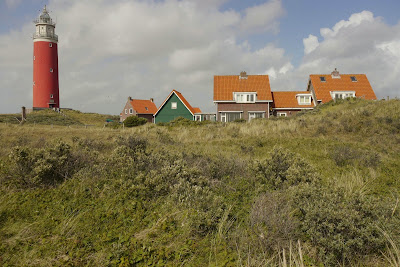 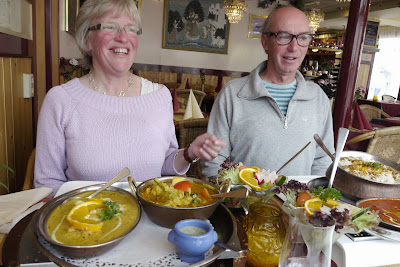 Today we went to Texel Island with Ian and Jerien. We drove in their camper and took a ferry to the island. It was an amazingly windy day.

We drove past some nature preserves where we saw Sandwich Terns and many other kinds of birds. We stopped at another bird spot for a lunch stop and a walk.

Next we drove on to Oudeschild where the sail boats, part of the Schutteraers Race, were due to arrive. This was a happy coincidence as though Jerien had read about the race, none of us quite realized we would be there for the arrival of the first boats. The wind was fierce and we learned that some of the boats had lost masts and had other problems and had left the race. We walked out on a windy jetty to watch several of the early boats arrive. The boat in this picture was the fourth or fifth boat.

We watched until the wind got too much for us. Then we drove to visit a windmill at De Bol. We passed cyclists who were part of the Schutteraers Race as well. This race involves sailing, biking, more sailing, running, more biking. It reminds me in a way of the Sea to Ski in Bellingham.

We visited the lighthouse at De Cocksdorp and then went to a fabulous Indian restaurant called the Taj Mahal in De Koog. Yummy!

We drove home in driving wind and rain. When be got back to Ian and Jerien's house we learned that the remainder of the race had been canceled. The sailboats had not been allowed to continue sailing form Texal to the next island. I can understand why.
at 2:00 PM