We took off early to drive with Rick and Judy to Bayeux. I wanted to see the tapestries. Our plan was to spend some time there and then go on to explore the D Day beaches. We also planned to find a place to stay for the night so we could head for Mont Saint Michel the next morning. We arrived at Bayeux and found it to be a charming town. Our first stop was the large cathedral. It was huge. We walked along around it and soon saw that one section was being cleaned and restored and had men climbing on scaffolding working on it. On we went to the door into the cathedral. We walked in and spent at least half an hour walking around. There was a group of English school kids there and they added a nice note to the visit.

Next we found a place to eat a snack and then headed off to the Tapestry museum. Rick decided to walk around outside while the other three of us went in. The tapestry is amazing! Made in the 11th century it is still in extremely fine condition. It's about three feet high and over 70 yards long. It depicts the history of the Battle of Hastings. As part of our entry fee we got audio devices that explained the sections of the tapestry. Wonderful.

By this time we were hungry again so we stopped for lunch. Then we took off for Arromanches-Les-Bains to visit the D Day beaches. We found a small hotel on the outskirts of town and then headed to a lookout where we could see Gold Beach and the beach at Arromanches. It is very sobering to see first hand the area where the D Day invasion took place. We went back to the hotel for an afternoon rest and then finished the day with dinner at the Normandy Restaurant in Arromanches. We drank our first Calvados, an apple brandy that is strong and delicious. We headed home for an early night. 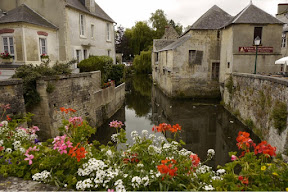 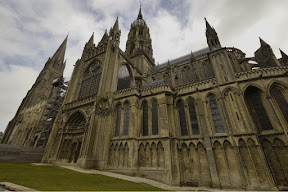 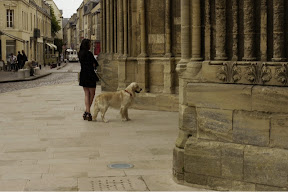 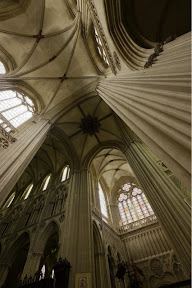 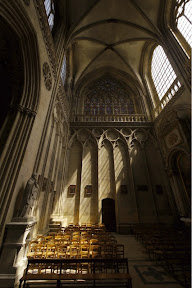 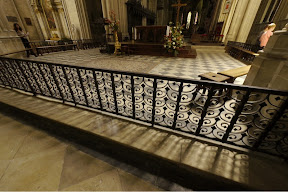 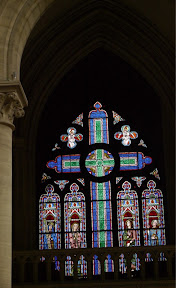 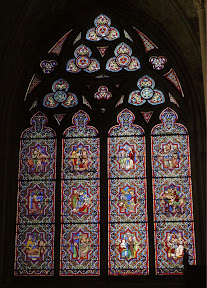 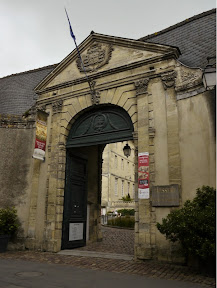 View of the beach in Arromanches. 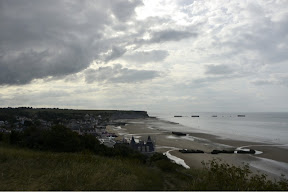 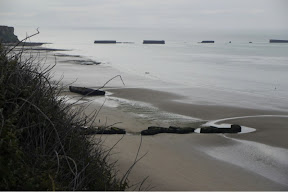 All photos taken with my Panasonic GH2.